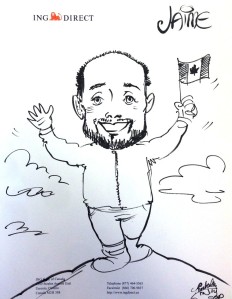 I’ve never been much of a practice player – I much prefer the intensity and pressure of the big game. In other words, I’m an action junkie.

As the days wind down towards the #Climb4Cord, I’ve found myself sharpening my focus and pushing unnecessary distractions aside (like writing a weekly blog post).

Since returning from a business trip to Atlantic Canada and recovering from the Eastern leg of the Five Hole for Food tour, I have found myself training harder, eating better and sleeping a lot more. Most of my energy – mental and physical – is being directed towards the challenge of climbing Mt. Kilimanjaro over the course of nine days.

I’m also spending a lot of time ensuring that my body is just right. That includes stretching, athletic therapy with Erin, another vitamin IV drip with Dr. Dempster and now chiropractic work with Scott. In addition, I’m still getting in two days a week in the gym with Marshall as I build and maintain core strength (by doing activities like boxing). 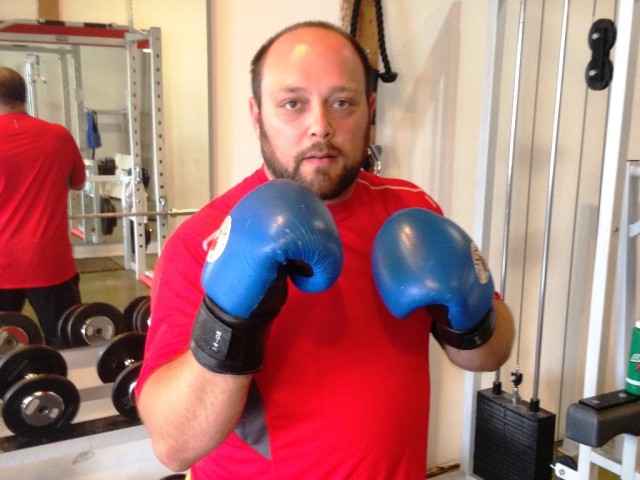 To ensure that I’m ready for the rigours of hiking day after day, I have also increased the frequency of my hikes. In addition to hiking on Sunday mornings, I’ve added more mid-week hikes into the mix.

Robin, who is also training for the climb, and I put in just over 10km this past week in near 40-degree heat while Erin joined me a week ago Friday for a gentle evening walk of just over 7km. If not for the big thunderstorm this past Friday night, I would have logged another 7-10km hike.

To save on time, I’ve moved all of my hikes to the ravines around the Don Valley Brickworks. This is a short drive from home and it allows me to reduce my driving distance while also sticking to familiar terrain in the final weeks before heading off to Tanzania. 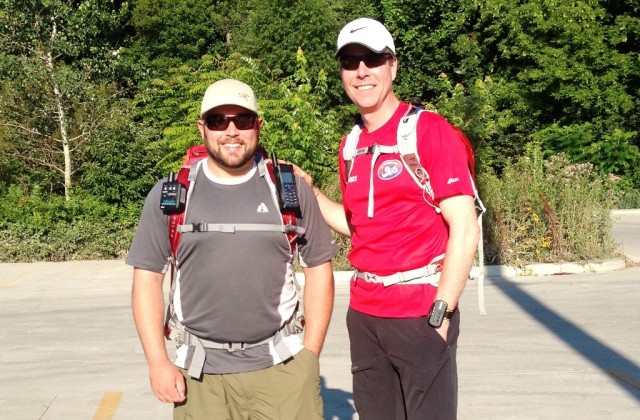 The past couple of Sunday #KiliHikeTOs have been well attended as support for the #Climb4Cord continues to grow.

A week ago Sunday, I was joined by Robin and three classmates from the Rotman School. It is an ongoing challenge trying to stay in touch with classmates, for a variety of reasons, so it was wonderful to have the opportunity to catch up on the trails with Deepa, Deepta and Nina.

This past weekend, we had a record sized group out for a #KiliHikeTO – 11 people in total.

Robin was joined by his wife and daughter, Sydney, who will be climbing Kilimanjaro with us. She’s entering Grade 12 in the fall and will clearly have an awesome story to share when she returns from Africa.

Another Rotman classmate, Mihnea, and his wife Emira brought along their 1 ½ year old son. They were troopers, carrying him for 4km of our 14km hike before parting ways.

One of the side benefits of these hikes is that I get to catch up with people I haven’t seen in years, like my buddy Chris. He and I worked together back in 2008 in Wainwright, Alberta as media trainers for the Canadian Forces. We haven’t seen each other in about five years, but thanks to Facebook, it was like only a few months had passed.

A couple of regulars also joined on Sunday and it is great to have their ongoing support. Romi was back for her second hike. This weekend was quite the difference from our slog through the snow back in February. And Rachel and her son were along for their third hike, which is the most out of anyone not actually climbing Kilimanjaro, if we are only counting Sunday mornings.

The great team from Tusker will be supporting us during the climb, including preparing all of our meals. However, we are on our own for snacks. 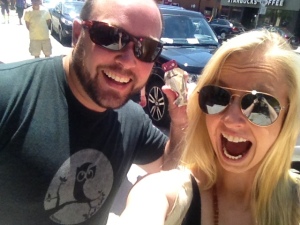 Last week, my friend Robyn and I made a trip to Running Room to check out their selection of gels, gummies, etc. I spent the week testing out each of the products and narrowed down my choices for the actual climb.

This past weekend, I purchased all of my gels in addition to visiting Bulk Barn to make some custom trail mix. In the end, I created two types of trail mix. One version is pretty basic while the second version is what I like to call my “Fired Up Mix” and it includes chocolate covered coffee beans.

I’ve been known to be a little obsessive compulsive in my preparation – thankfully, my wife is of similar nature as she kindly worked with me for an hour on Saturday while we created the trail mix and laid out the gels to be distributed into Ziploc bags.

This will make life easier for me on the climb as I will only have to grab the corresponding bag of snacks each day instead of trying to figure out how many snacks I’ll need for the day while worn down and exhausted.

Technology has increased leaps and bounds over the past decade. But one thing that hasn’t changed much since the mid 1990s is batter power. This is the one thing that continues to cause concern for me heading into the #Climb4Cord.

My primary goal is to reach the top of the mountain, but my secondary goal is to deliver outstanding social media coverage of the climb, specifically on our official @Climb4Cord Twitter handle and on the Canadian Blood Services Facebook page.

The biggest challenge we face is battery life. For devices such as the Delorme inReach, which will transmit our location to a map via satellite, this isn’t an issue because we can simply replace the two AA batteries daily. However, for devices that have rechargeable batteries, we are facing an uphill battle.

We have purchased some HyperJuice Plugs which can keep the iPhones charged – assuming that these don’t lose their power in the cold, too. For the sat phones, we have four batteries, which should be enough to get us through the climb. Unless, of course, they react poorly in the cold. This is the same issue with face with the WiFi modem. It has three batteries. Enough to get us through nine days on a mountain, but maybe not if they stop working when we hit the summit, which could be as cold as -20 degrees.

I ran an experiment on Saturday night where I put the batteries in a hard shell Pelican case and added in one of those hand warmers that people generally put in their gloves when they ski. Unfortunately, the hand warmer requires oxygen for a chemical reaction to take place to generate the heat. As soon as the Pelican was closed, it cut off the supply of oxygen, so the hand warmer went cold.

I’m looking into other ways to keep the batteries warm. This includes keeping them in an inside pocked close to the chest or, as my buddy Liam suggested, stuffing them into the finger holes of warm gloves and sticking a hand warmer in the palm of the glove while it sits inside a backpack.

I have also considered putting the batteries inside the pockets of our down parkas – this should be a pretty warm spot to keep them functioning for when we need them most.

We reached another milestone in our fundraising efforts this past week. Our goal was to raise $250,000 in donations towards the #Climb4Cord and we have passed that total. With a couple of weeks to go before we take off to Africa, I’m hopeful that we can push closer to $300,000.

THE COUNTDOWN IS ON

We are just over two weeks away from starting our climb up Kilimanjaro. I’m leaving Toronto on August 1st and flying via Amsterdam. I will arrive at Kilimanjaro International Airport on the evening of August 2nd. That gives me a few days on the ground to sort out our electronic gear and also get myself rested and in the right headspace before we start our ascent.

We start climbing on August 6th and we are scheduled to summit on August 12th.

You will be able to track our progress on this interactive map and also receive updates via our official Twitter feed @Climb4Cord.

It has been an incredible journey over the past seven months. It would not have been possible without the support of so many people and I am thankful to have such a great circle of family and friends. But one person stands out: My wife Jessica, who has sacrificed so much so that I could take on this challenge. Without her, this wouldn’t be possible.

The #Climb4Cord features a group of business leaders who will be climbing Mt. Kilimanjaro in August 2013 with the hopes of raising $500,000 for the campaign For All Canadians, which is dedicated to building Canada’s new national public cord blood bank. Click here to donate to my personal page or for more information on the campaign please visit: http://campaignforcanadians.ca/

2 Responses to Social Climber: Laser-like focus heading down the stretch