Heidi set out to make this week’s #KiliHikeTO the best hike on the entire calendar. That’s how she rolls.

Throughout the week leading up to the hike, Heidi was planning all sorts of ideas to create content that we could share on social media before, during and after the hike. I think we landed on producing a bunch of Vines (a social video service), but in the end, our creative minds wandered elsewhere.

Allow me to present to you the Hadouken:

For those of you struggling to find the cultural relevance, Hadouken comes from the video game Street Fighter II. It was a move performed by the characters Ryu and Ken.

What does this have to do with hiking and training to climb Mt. Kilimanjaro?

But it looks cool!

I’ve known Heidi since 2010 when I met her at ING DIRECT’s first-ever TweetUp in Toronto. She was working for the bank while I was just a wannabe social media nerd trying to hang out at cool events. 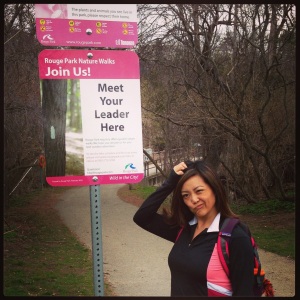 We started interacting on Twitter following that night and stayed in touch until I joined ING DIRECT in 2012 and we started working together in the Marketing department.

Despite driving this week’s agenda – including location – I discovered just how directionally challenged Heidi is. I thought her round-about way of getting to the Rouge Park was special until she turned a 22km drive home into a 35km adventure that practically went half-way across the city. I’m thankful that she is great company.

Heidi and I carpooled over to the Rouge Watershed with Maarten. He and I work together at ING DIRECT. Maarten heads up our sustainability program.

Maarten is originally from the Netherlands, which was clear from the moment he arrived on his three-speed bike wearing jeans and soccer-style kicks for our hike. He was also sporting a messenger bag and was later caught sipping coffee out of the small cup that came with his thermos. 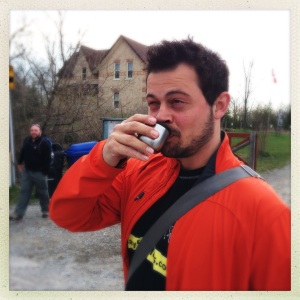 As a reminder that looks can be deceiving, we’d later find ourselves chasing Maarten up and down the hills.

Maarten came to Canada a few years back and landed a job working in our ING DIRECT Vancouver Café. I find it ironic that he left the Netherlands to come to Canada only to work for a Dutch bank.

Maarten’s story is interesting because he created his current opportunity with the bank. There was no official sustainability program at ING DIRECT, but he made a strong case for why the bank should have this as an official role and now he owns it.

Often, I hear people say that no opportunities exist or they sit and wait for someone to recognize them and hand them an opportunity. Opportunities are rarely handed out. People who are successful, like Maarten, create their own opportunities. He took a leap of faith and delivered a 90-second elevator pitch to our CEO one afternoon by the coffee machines at the Café. That led to a chance to present his case to the executives of the bank. The rest is history.

There are tons of people in every company with great ideas, but most of them likely think, “The CEO is too busy to listen to me, so why even try.” The fact that many people behave this way increases your odds for success when pitching the CEO (or other senior leaders).

Heidi also brought along her buddy Joel on Saturday. I’m glad she did because I learned a lot during three hours of hiking with the social media whiz kid who is also known as @schnitzelboy. He’s very in tune with social media and relationship building and he left me with a lot to think about as we huffed and puffed our way up hills and trails full of slop.

One thing that stuck with me was his model for social media engagement. Essentially, Joel argues that to create social conversation, you need to create content where the audience will passionately agree or passionately disagree with what you have shared. It is a simple idea in theory, but in practice, so many people occupy the mushy middle and bore their audience with mundane updates.

A second discussion we had focused on our LinkedIn networks. Joel protects his network with vigor. He’s very selective on who he lets into his inner circle. I, on the other hand, am much more liberal with my LinkedIn network.

Early on, I used to accept just about anyone who sent me a request to connect. In the past year or so, I’ve scaled back on who I will accept. Generally, if we have never met in person, I won’t accept you unless you write a compelling note on why it would be valuable for us to connect.

My new plan is to actually go through my LinkedIn connections in the near future and cull the list so that it only features people whom I know or have done business with.

Too often, I’ve accepted someone because they are friends of a friend only to realize that said friend accepted them because they were friends of another friend. Next thing you know, these network imposters become friends with all of your friends because everyone just accepts them based on their prior connections within the shared network.

I’d be interested to read in the comments section below how you feel about LinkedIn and connecting with people. 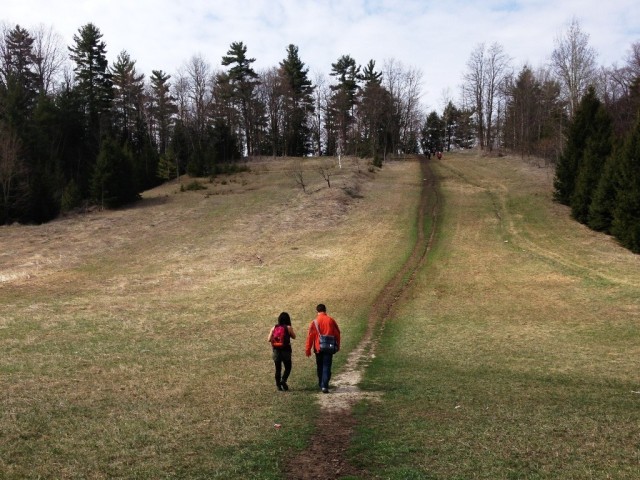 Sunday’s hike was another good physical and mental test. After coming off such a great week last week, I had to leave work early on Monday with a fever. I think it was a combination of my recent travel schedule and general workload that led me to burn out a little bit. I missed training with Marshall on Monday night and spent Tuesday and Wednesday home sick. By Thursday, I was back at work, but even standing up for a few moments caused my legs to tremble.

I was a bit worried about this week’s hike when I woke up on Saturday morning with the headache that had been plaguing me since Monday. But once we were out on the trails and in the wonderful sunshine, I started to feel better.

The Rouge Park provided a lot of up and down trails that were covered with rocks, logs and mud. This marks two weeks in a row where I’ve had the opportunity to test myself on more challenging terrain. I found myself sucking for oxygen on one of the steep hills, but overall, I felt good as we grinded out 11 kilometers in a little less than three hours. 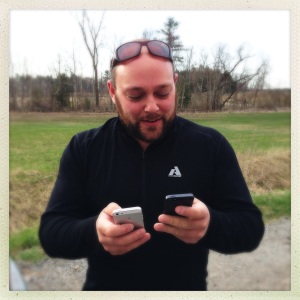 To put the icing on the cake, I went downtown to train with Marshall following the hike. Generally, I hike on Sundays, but this week I made an exception so that I could accommodate Heidi’s schedule. Even with three hours of hiking logged, I managed to get through the usual Saturday training session, minus a few pounds and reps on the leg press.

I’m off to Victoria this Saturday to speak at Social Media Camp later in the week. Chris, who runs Social Media Camp, has arranged a hike up Mt. Finlayson on Sunday morning so that I can continue my routine and hike for the 14th consecutive week. The change of scenery will be nice and I’m looking forward to the challenge of hiking up a real mountain.

Speaking of hiking, it isn’t too late to sign up for a hike. There are some pretty cool hikes planned over the next month and a bit including Collingwood, Thornton Bales King Trail, Rattlesnake Point and more. If one of them is in your neck of the woods, throw your name down on the list or pick a week that hasn’t been claimed yet and name your location.

Fundraising continues to go well. Some generous donations this week have pushed my total funds raised to almost $14,000. This has wildly exceeded my expectations and I’m thankful for the support from family and friends. If you would like to make a donation, you can do so here.

Jaime is the Senior Manager, Social Media at Hootsuite. He is a digital marketer with expertise in social media and content marketing. His experience stems from leading the social media strategy for two national brands. Jaime holds an MBA with a focus in Marketing and Strategy from the Rotman School of Management where he was selected valedictorian by the students of the Morning MBA Class of 2011. He is the former radio voice of the Toronto Argonauts and currently lives in Vancouver with his wife and two sons.
View all posts by Jaime Stein →
This entry was posted in Community, Social Media, Toronto, Travel and tagged Africa, Canadian Blood Services, Climb4Cord, For All Canadians, health, healthy-living, Heidi Tsao, hiking, ICE, ING DIRECT, Joel Marans, KiliHikeTO, Kilimanjaro, LinkedIn, Maarten Sluimers, Mountain, nature, Networking, Ontario, outdoors, Rouge Park, Rouge Watershed, Social Media, Tanzania, Toronto, Volunteer. Bookmark the permalink.