Where have all the mentors gone? 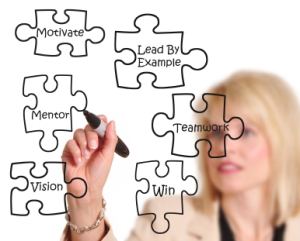 A CEO sits on stage inside a packed conference room and details his or her model for success. Guaranteed at some point during the talk they will refer to a mentor or series of mentors who helped them earn their way to the corner office.

According to Wikipedia, “the personal name Mentor has been adopted in English as a term meaning someone who imparts wisdom to and shares knowledge with a less experienced colleague.”

Mentors can be difference makers in a young person’s career – a noble and rewarding calling – yet many people I have spoken with don’t feel they need to act as a mentor or would rather not put in the time that it takes to mentor someone else.

So where have all the mentors gone?

Exhibit #1: A classmates who recently graduated with an MBA from the Rotman School of Management was told to figure things out for himself by a supervisor at the bank he was working at – he had an MBA so therefore he should be smart enough to get the job done on his own.

Exhibit #2: Another classmate had been asking for help with career progression at work. While the boss promised her at each semi-annual review that he would help her with a career plan and personal mentoring, it would always get pushed to the backburner. At the most recent meeting the boss simply said that there were other priorities that had come up and he was too busy to get to it – but he promised that he would make it a priority over the next six months.

Exhibit #3: The same CEOs who sit and preach the value of mentors are often reluctant to meet with outsiders – even for a 15 minute coffee – to answer some questions and share some words of wisdom. Like some of my classmates, I have been a victim of this scenario, even after an introduction was made by a well-respected member of the faculty at the Rotman School. I understand people, especially in the C-suite, are busy. But generally an introduction by a respected colleague should open the door.

Thankfully, Exhibit #3 was an anomaly in my experience. I have been fortunate enough to have had access to some great mentors in the past. However, most of these mentors were available when I was in the ultracompetitive sports broadcasting industry – an industry where you often feel like you are going at it alone on a day-to-day basis.

I am forever grateful to people like Chris Cuthbert, Jamie Campbell, James Duthie, James Cybulski and others who helped me out when I was just a kid calling Queen’s football games on CFRC Radio in Kingston. Each of them took time out of their busy lives to share words of wisdom – or teach me how to build a depth chart to call a football game in the case of Cuthbert – at a time when I was a young unknown, who could even have posed a threat to their careers.

Unfortunately, the access to mentors seems to have dried up as I have transitioned into more of a business role and I find it is generally because people are too busy.

“Everyone is so busy there are often times that room for professional development is put on the back burner,” said an employee of Apple in a recent survey of the best tech companies to work for.

I have trouble buying the “too busy” excuse from Exhibit #2 and felt compelled to write a blog about it.

How is a focus on personal development within your organization – investing in people, if you will – any different than finding cost efficiencies? In fact, empowering an employee and making him or her more effective will likely lead to a stronger organization across the board. It is a win-win scenario for the employee and the company.

Put another way, companies have had no issues investing in new technology over time – fax machines, personal computers, handheld devices – yet when it comes to investing in people it often takes a backseat. My assumption is that it is much easier to measure the expected results that a new piece of machinery has on production than it is to measure what 30 hours of one-on-one coaching will do to the output of a junior manager.

While I only have a small amount of wisdom and knowledge to share, I have made it a priority to meet with young people who would like to break into the sports industry. Partially, because I received the same courtesy from the aforementioned people when I was starting out. But I also believe that one should feel an obligation to help the next generation.

Recently, I met with a student who was about to start his MBA at Rotman. As our meeting wrapped up, he thanked me for meeting with him and I told him, “One day it will be your duty to meet with a young student looking for advice.”

As far as I’m concerned, that’s how it should be.

But the more people I meet with in the generation that is nearing retirement, the more I hear from them that they have little hope for the next generation. I get the feeling that they are blaming us for lacking the work ethic and drive that they possessed in tougher times. Conversely, that is probably the area where my generation lacks least.

Instead of calling for doom and gloom, I would suggest to anyone who feels that they have important wisdom or knowledge to share, now is the time to share it. Grab someone in your organization and impart your lessons learned. Trust me, there are plenty of people willing to learn and itching for that guiding hand to be a part of their lives.

So where have all the mentors gone?

If you are a mentor or have been a mentee, I would love to hear about your experience.

Jaime is the Senior Manager, Social Media at Hootsuite. He is a digital marketer with expertise in social media and content marketing. His experience stems from leading the social media strategy for two national brands. Jaime holds an MBA with a focus in Marketing and Strategy from the Rotman School of Management where he was selected valedictorian by the students of the Morning MBA Class of 2011. He is the former radio voice of the Toronto Argonauts and currently lives in Vancouver with his wife and two sons.
View all posts by Jaime Stein →
This entry was posted in Business, Feedback, Management and tagged Career Progression, Feedback, Leadership, Mentoring, Networking, Rotman School of Management. Bookmark the permalink.

2 Responses to Where have all the mentors gone?